Welcome back, folks.  We woke up on Our 3rd day in the campsite ready to go.  We packed up Our camp a day early and headed to the park for a 6 mile hike on the Panoramic Trail.  There isn’t alot to say about the hike except that it was a good workout and absolutely beautiful.  The pictures say so much more and you’ll never get the whole story unless you go there yourself…First, We stopped at that place at the end of the tunnel with the amazing view.

Then, We came upon a meadow that was calling to Us 🙂  so tranquil and unlike anything I’d ever seen.

After the meadow, We found the trailhead and got started.  Here is where I let the pictures do the talking…

Take time to look at the above picture…there are multiple waterfalls, valleys and other beauty hidden in there. 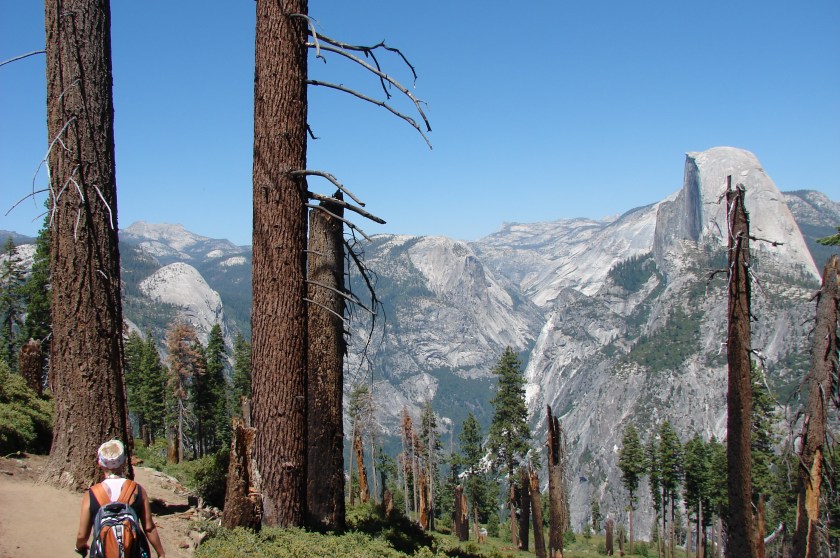 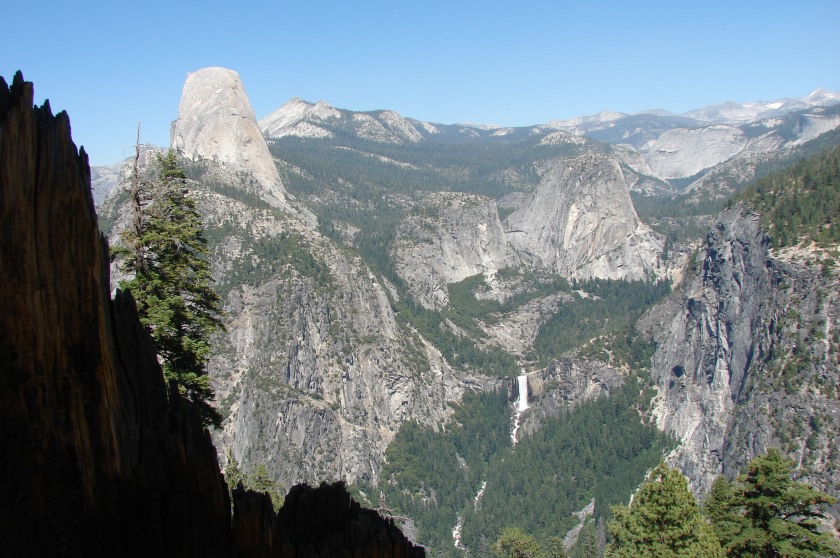 We hiked in for about 3 miles (maybe a tad more) and spent some time cooling off and resting by the water before turning around for 3 miles back.

We didn’t take pictures on the way back as it was the same route We took to get there.  When We got to the end of the trail, however, We did do another 1mile roundtrip to Glacier Point.  You can see the Yosemite Valley floor from there 🙂

Leaving there, We got in the car and started driving out of the park towards Reno NV with a few stop along the way.  On Our way out of the park, We stopped to climb up a rock wall to see the sunset

During which We caught a not-so-slick guy snapping pics of Cali:

We headed for Tuolumne Meadow on advice from a ranger that it was not to be missed…and they were right. 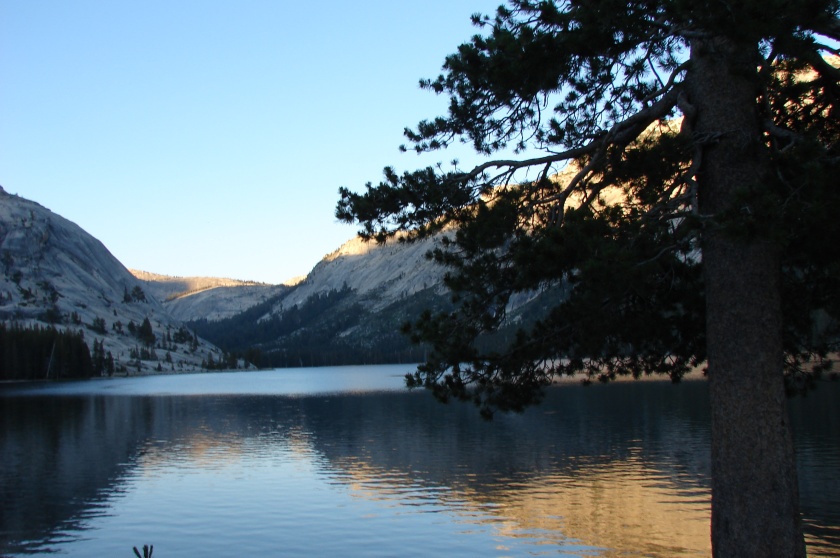 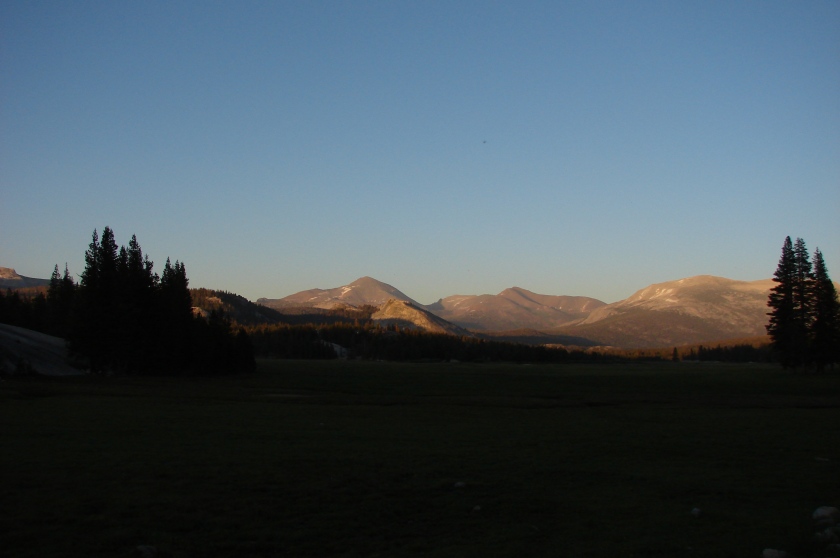 We enjoyed some PBJ sandwiches here while watching the sun set on this marvelous space.  In the blackness that followed, We went stargazing at Lembert Dome.  The moon was full, making for harder to see constellations, but it was inspiring nonetheless.

We drove out of the park and found a nice rest area near Independence CA and slept off the busy day.  More to do the next day on the way to ending up in a hotel in Reno NV.

One thought on “Yosemite pt 2”